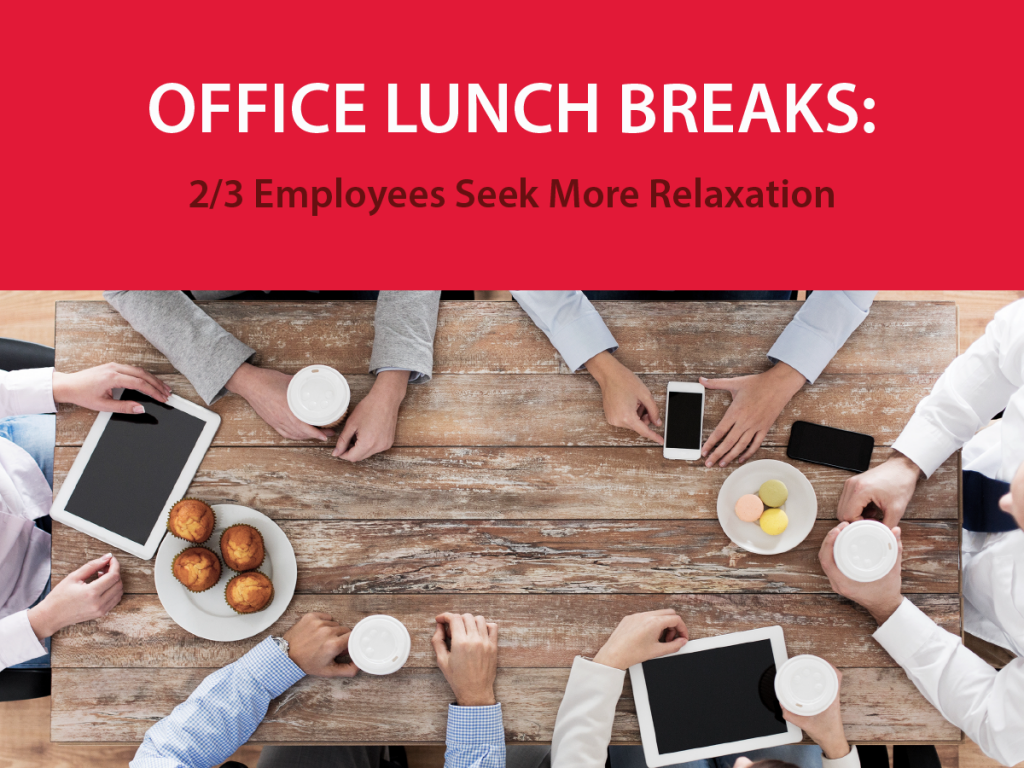 On average full time UK workers put in just over 37 hours a week. Of those we surveyed, 37% have half an hour or less to take for their lunch, with 42% having an hour allowance or more. Despite the varying amount of time allocated across the UK, 82% said they think their lunch break is long enough. But what do they get up to?
2/3 work through their lunch
That’s right, 2/3 (67%) of office employees work through their lunch at least once a week. The most common reason for doing so was “too much work”, with 38% citing it as a major factor. Other excuses ranged from the sad “I have nothing else to do” (15%) to the worrying “I am expected to” (10%). 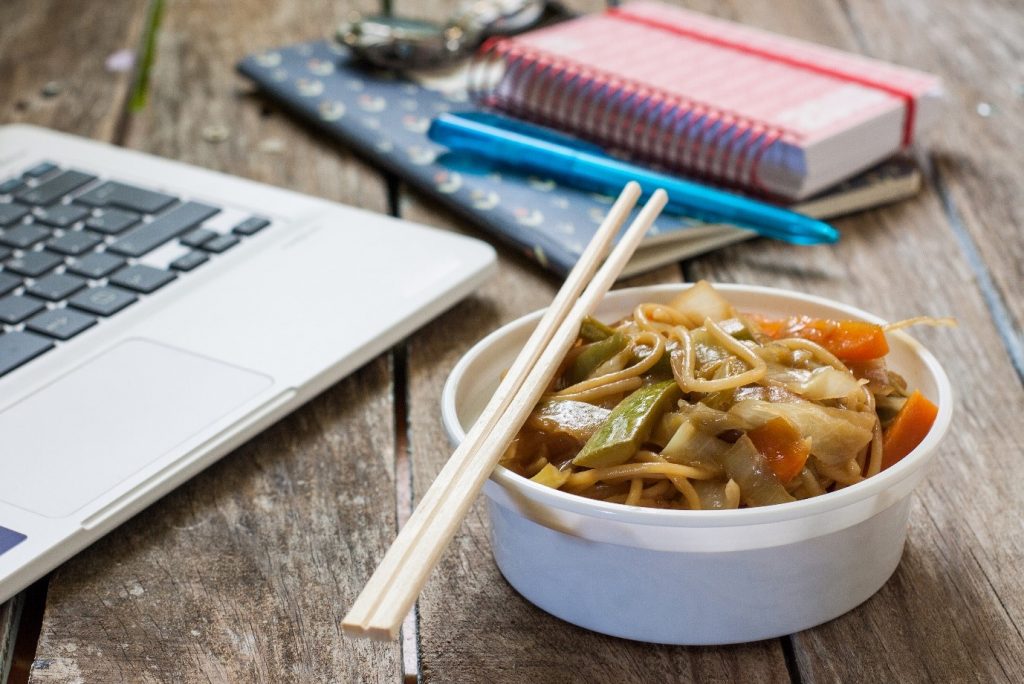 25-34-year olds are the most likely to skip lunch for work, with 72% admitting to it, compared to just 55% of over 55s and 57% of 18-24-year olds. Regionally, the differences were also stark. Only 42% of Welsh employees regularly work during lunch breaks, while the total is closer to 77% in London and Northern Ireland. With so many employees spending a significant amount of time working through what is legally supposed to be personal time, what effect is that having on morale?
65% want to relax more
The majority (65%) of employees we spoke to said they wanted to relax more during their lunch, which is no surprise when we consider how much of it may be taken up by work. So, what would they be doing with their time in an ideal world? 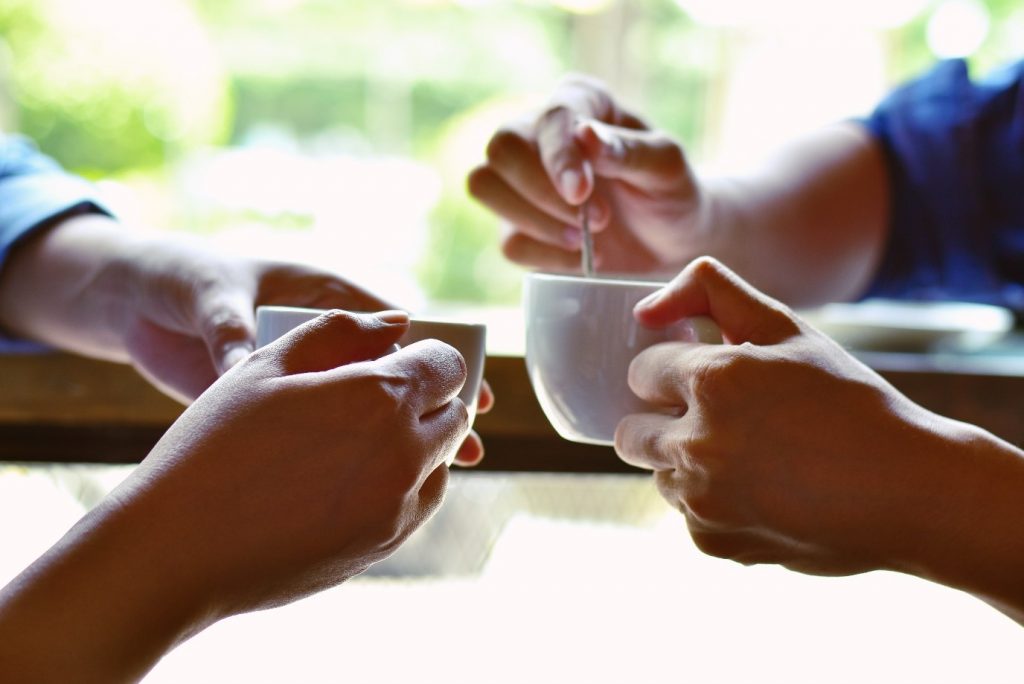 According to 52% of the office workers we spoke to, they simply want to be left alone to eat in peace. Interestingly, only 20% said they wanted to talk or socialise over lunch which suggests many Brits prefer a solitary lunch at their desk. We know that Brits love to shop, so it’s no surprise that 17% suggested a bit of online shopping could be on the menu. See below for our top 5 picks for refreshing lunchtime activities to get your afternoon mojo back.

28% of people we surveyed said they would prefer to read during their lunch break, but just how much can the average person read in that time? While word count averages vary greatly from genre to genre, the average novel is somewhere around 70,000 words long. To put that in to context, that’s about the length of Catcher in The Rye or The Adventures of Tom Sawyer. 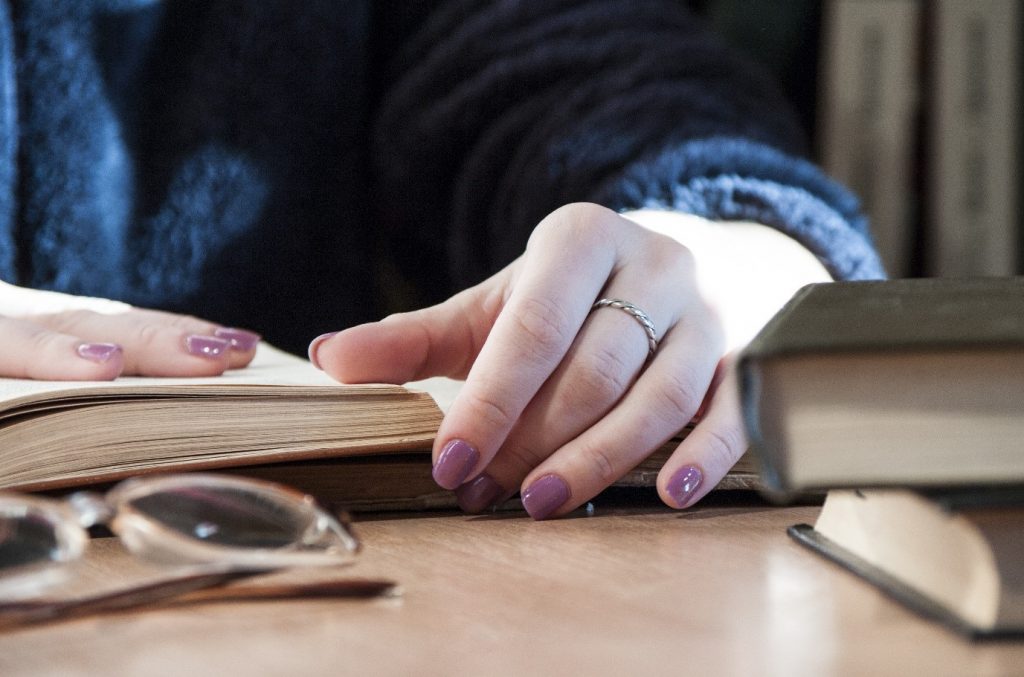 The average person reads at a rate of 200 words per minute, which means it would take 350 minutes, or just under six hours to read one novel. If you’re one of the 39% who gets a 1-hour break, then that’s just under six of your lunches, or about 11 if you’re in the 34% on 30 minutes. At that rate, you could read two to three books a month!

Of the 1,500 respondents, around one fifth (19%) said they would like to exercise during their lunch breaks. If you’re looking to get fit but don’t have enough time in the day, then your lunch break can be a great time to fit in a bit of extra training. And you can make real progress, too – even beginners can get ready and in shape for a 10K in just eight weeks. 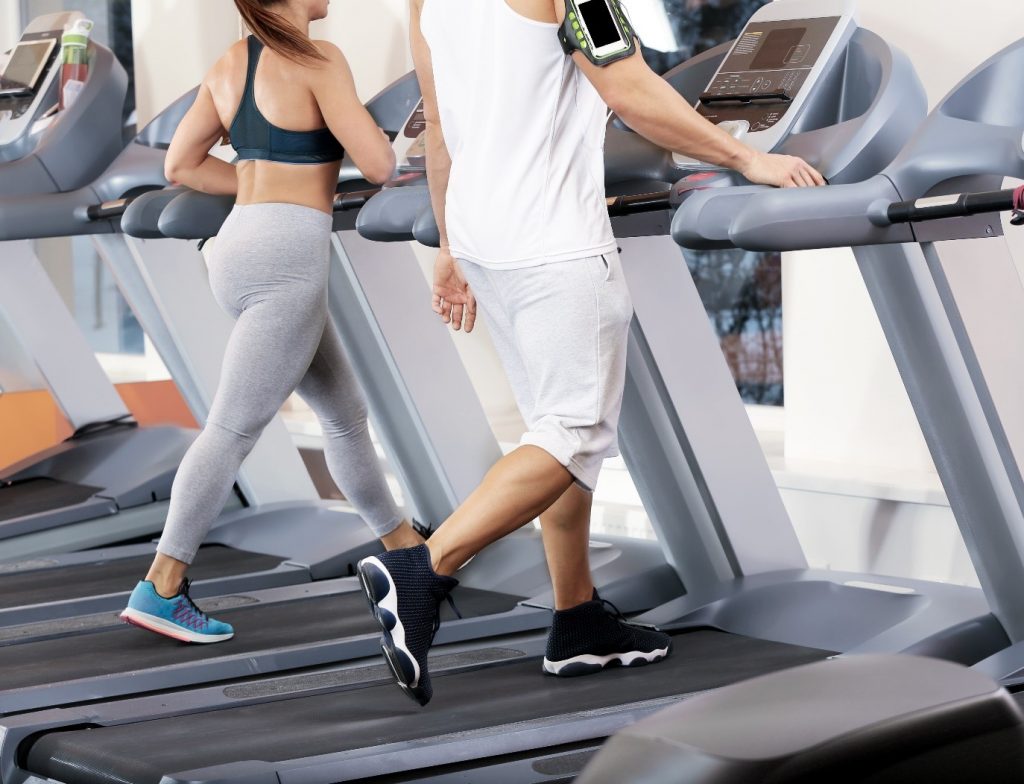 A great way to get started is to follow a schedule like this one from Very Well. With 1-2.5 mile runs during the week, a beginner to average runner should be able to fit in the mid-week training during a lunch break, with enough time for a shower afterwards as well!

The days of the siesta may be over in Spain, as last year proposals to drop the mandatory 2-hour lunch break were introduced by the Spanish Prime minister, but that doesn’t mean the concept behind them still isn’t just as valid. 17% of those we surveyed said that, in an ideal world, they would like to have a nap over lunch. So, what are the benefits? 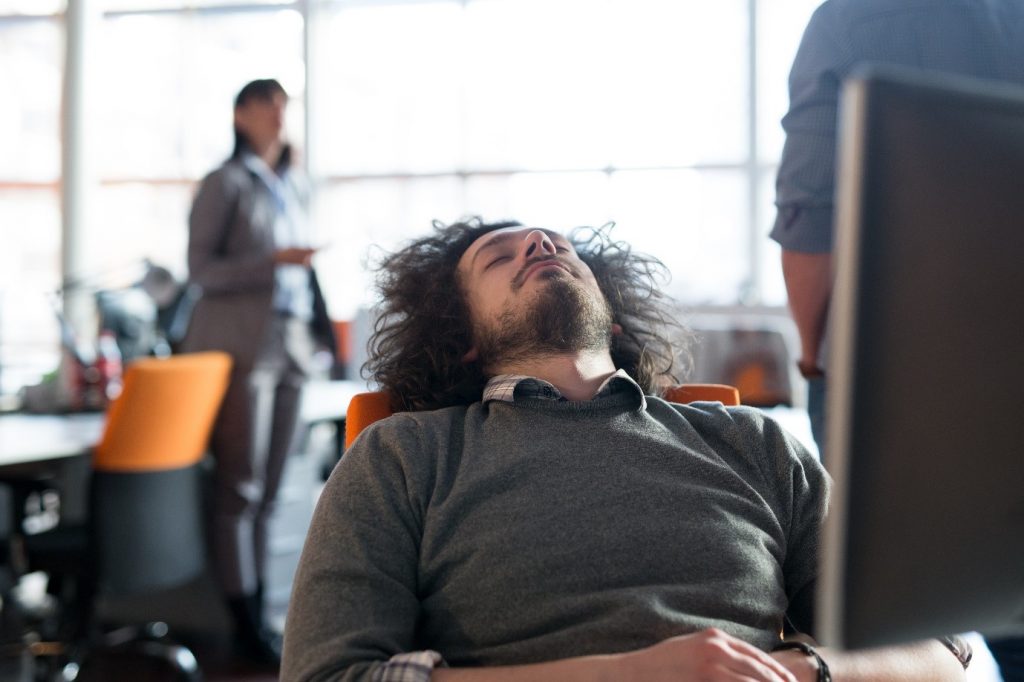 Well, according to Spanish scientists, naps can significantly reduce stress and improve cardiovascular health. The ideal post-lunch nap is no more than 26 minutes long and taken on an armchair or sofa. Both measures ensure you don’t fall into a deep sleep and disrupt your body clock, while still retaining the benefits of a refreshing nap.

Only 20% of people said they want to socialise or talk to colleagues over their lunch break, could the 80% majority of employees who didn’t, be missing out on a valuable part of office life? While we might take a quick chat at the watercooler for granted, there’s evidence that these little interactions have a tangible impact on morale and productivity. 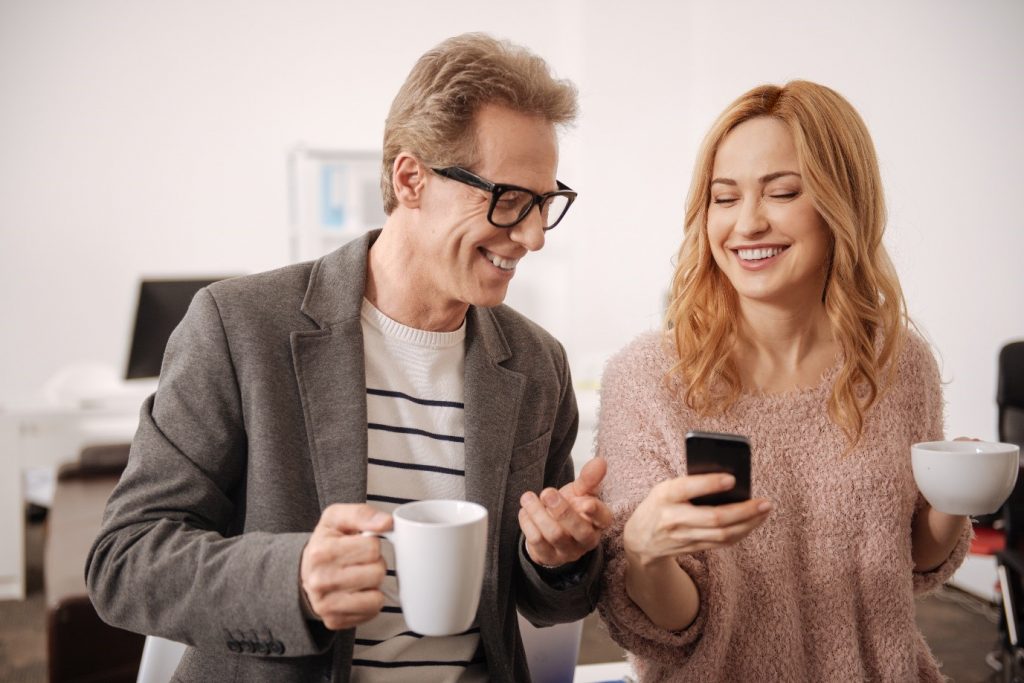 Put simply, socialising is of great benefit to employees and their employers. Research from Gallup found that close work friendships could boost employee satisfaction by up to 50%. While people often like to separate their work and home lives, ‘smart socialising’ can improve your mood and even help you make connections that could be beneficial to your career.

This might be a little bit ‘left field’ but, like 11% of our respondents, we believe playing with pets is an ideal lunchtime activity. It’s not uncommon for small companies and start-ups to have a more progressive pet policy, but it’s not something that has fully permeated mainstream corporate culture just yet. There has been research that supports the policy though, namely from a Virginia Commonwealth University study with an American company, which analysed the effect of allowing a proportion of their staff to bring pets in to work. Interestingly, the staff involved saw an 11% drop in stress levels compared to their colleagues! 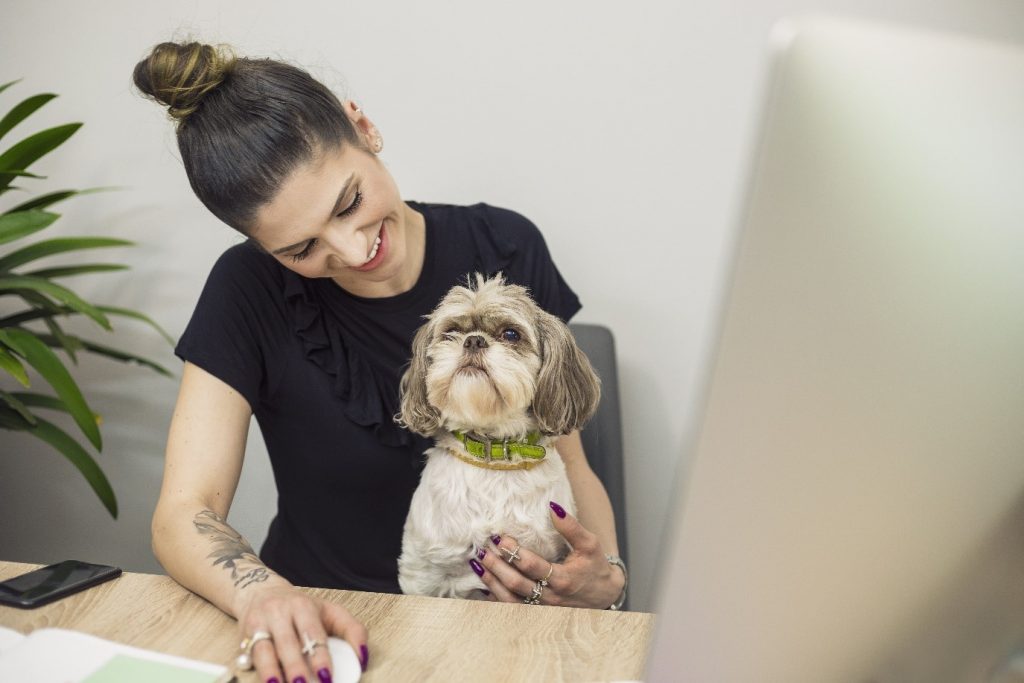 If a pet policy is a no go, then there are other options. Therapy dogs are used in hospitals and care homes to help raise morale and decrease stress levels, so why not suggest the same in the office? Regular visits from therapy animals mean you get all the benefits without the potential inconvenience of multiple pets in the office every day.
The UK office can be a stressful place, so no matter how long you have and what you decide to do, make sure you take some time to recharge, so you come back in the afternoon raring to go!

How satisfied are you with your lunch break? Do you get up to anything exciting during the work day? Let us know on Twitter @Viking_Chat